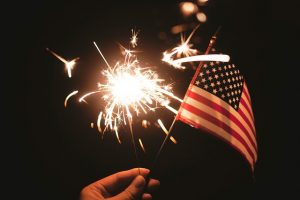 The American Revolution started in April, 1775.

Thomas Jefferson’s first draft of the Declaration of Independence was in June, 1776.

The Declaration was delivered to Great Britain in November, 1776.

Click here for fun facts about The Story of the 4th of July.