How Much Money Does it Take to Feel Wealthy? 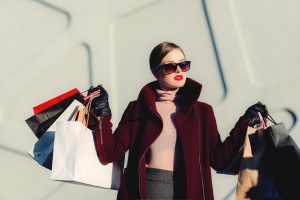 Money is a key issue for Americans. Credit Card debt now totals more than $1 Trillion. Student loan debt now totals more than $1.5 Trillion. Financial issues are the leading cause for divorce. Basically, money is a key source of stress in our lives. Many people in a recent Charles Schwab survey showed that there is a big difference between having money and feeling wealthy.

The same surveys indicated that for someone to be considered “wealthy” they needed a net worth of at least $2.4 million. It’s interesting to look at the difference between generations on the amount of money needed to be wealthy.

Based on those responses to the survey, it seems that the older you get, the more money you think you need to be wealthy. Maybe that’s because we see more as we get older. We get a case of the “wants” as we learn what other people are buying, where they are going and what they are doing. And as we age, it’s easier to consider that brick wall called death which limits our future time here on earth and we want to experience and have everything this world has to offer before that end time.

Not considering a specific number, how did the people surveyed define wealth? Peace of mind and living stress-free was the number one choice for 28% of the respondents. That was followed closely by being able to afford anything I want; loving relationships with family and friends and enjoying life’s experiences.  Having lots of money only garnered 11% of the votes when defining wealth.

When asked about what made respondents feel wealthy in their daily lives, the survey found that spending time with family was most commonly cited, at 62% overall. That was followed by taking time for myself; owning a home; meals out/delivered; subscription services such as Netflix; grooming and pampering; having the latest tech gadgets; shopping at specialty stores; having a busy social life and driving a luxury car.

It is interesting that in both of the above survey questions the first responses referenced personal relationships rather than having a certain amount of money as an indicator of wealth.

Maybe those first answers are more indicative of what is really important in the long term. Money is just a tool. It allows you to make choices about the things that you want to do, but money will never create happiness. Money can provide you with the opportunity to create memorable moments, but money doesn’t create those moments. Special memories can come from a simple hot dog dinner on the back porch. And people can be miserable on a luxury yacht in an exotic location.

Money does not equal happiness and wealth is more than an arbitrary amount of money.

A rich life is deep and meaningful, going well beyond the quest to buy more stuff and have more money.

What is your personal definition of a wealthy life?

Join us on the Compass Catholic podcast for more details on the Charles Schwab survey about wealth in America.

Listen to the podcast.