The Spiritual Cost of Debt 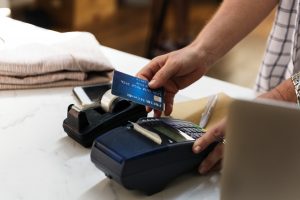 In our seemingly affluent United States, out-of-control debt is a quiet monster in our parishes. Over half of all Americans cannot pay cash for an unexpected $400 expense. So, they put it on their credit card. Add up several unexpected expenses along with regular monthly credit card spending and soon they are in debt over their heads. Then along comes a job layoff or illnesses or accident and the debt monster is upon them.

Debt that just keeps growing is, first of all, a money problem, but it can become a spiritual problem as we get dragged into slavery to service the debt. Proverbs 22:7 says that “the rich rule over the poor, and the borrower is a slave to the lender.” If you don’t think you are a slave to your debt, try missing a few payments and see what happens.

Debt is something the scribe Sirach talked about around 200 BC. Sirach lived in Jerusalem with all of its trade and travelers. He realized that “a man may buy much for little, but pay for it seven times over” (Sirach 20:11). When we use debt to fund a lifestyle we can’t afford, the cost of interest makes us pay for something seven times over, just like Sirach said thousands of years ago.

Debt can make people feel isolated, embarrassed, and alone. Some people feel compelled to hide a debt problem they don’t want to admit and don’t fully understand. One of the most amazing things about America’s growing difficulty with debt is what kind of people fall into the pit.

It affects professional people as much as it affects blue-collar people. We’ve seen people with six-figure incomes who are struggling to make ends meet. People run up their credit cards month by month and in the short run, there really isn’t much pain. Until the interest rates and late fees hammer them, and suddenly the monthly payments don’t even touch the principal.

A lot of people are a paycheck or two away from a major financial catastrophe. There is no common thread among those who get into financial trouble but without paying attention to where the money is going, it could easily happen to anyone.

For one young couple, it all started with a $300 lawnmower. Just married with their first house, they went to the store and bought the lawnmower and paid with a credit card. Then they needed more tools, and bought them with the credit card. They furnished and decorated the house using credit cards. And they started the marriage with a large credit card debt from their honeymoon. Before they knew it, their debt was over $70,000. Unfortunately, this is unseen but not uncommon.
Catholics are no different than the rest of the US population. Most churches don’t talk about finances unless there is a need for increased giving, the annual appeal or a capital campaign. And rarely do you get any guidance about responsible spending or staying out of debt from the pulpit.

Yet the spiritual impact of debt is clear. People in debt are anxious and exhausted. The relationships between husband and wife and parents and children deteriorate when this happens because of the stress and anxiety.

Consumerism can be an addiction. People use credit to buy things they can’t afford with money they don’t have. It’s a huge spiritual issue if we never reach a point where we feel like we have enough.

Pope John Paul II, in a 1998 homily, described consumerism as a false antidote to spiritual emptiness. “Christ alone can free [us] from what enslaves [us] to evil and selfishness: from the frantic search for material possessions, from the thirst for power and control over others and over things, from the illusion of easy success, from the frenzy of consumerism and hedonism which ultimately destroy the human being,” the late pope said.

As Catholics, we need to understand that the way we spend our money is an expression of our faith. How you spend your money is an indication of how you integrate your faith into every aspect of your life.

We live in a culture that has influenced us to think that we can only be happy, fulfilled and successful if we buy the latest and greatest whatever.
Getting out of debt means intentionally deciding not to define your identity based on what you own. That’s not to say that spending is inherently wrong, or that treating oneself to some nice things is always bad. But how much you buy should depend on how much you can afford; not how much you want or how much your neighbor has.

Jesus tells a parable about a man who had a very rich harvest and didn’t have enough space in his barn. He takes down the barn and builds a bigger barn to hold all his treasure. That night the man dies, showing the futility of accumulating material wealth. Luke 12:21 tells us: “Thus will it be for the one who stores up treasure for himself but is not rich in what matters to God.”

Some Catholics who’ve dragged their way out of debt say not owing money gives them a sense of joy and freedom and gratitude to God. They live out their understanding that everything they have comes from God. With that understanding comes thankfulness and generosity toward those in need, a sense that God will provide in good times and bad, a lessening of a desire to have more and more.

Everything that we have, including our money and possessions comes from God, not our own efforts. As Paul reiterated in Acts 17:25, “It is [God] who gives to everyone life and breath and everything.” When you realize this, it suddenly becomes a lot easier to get away from the grasp of consumerism.

Bottom line is stuff will never make you happy for long. Once you get the next best thing, some other next best thing comes along. Debt can be avoided based on making conscious choices about your spending.

Listen to the Compass Catholic podcast for more about the spiritual cost of debt.