Where is Your Heart? 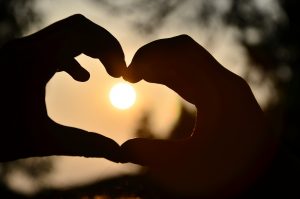 If God is our treasure, then it is easy to understand God’s role in helping us put our priorities in the proper order. God comes first. He comes first in our heart, and the money follows where our heart leads.

There are many immediate demands on our money. The mortgage has to be paid, there are groceries to buy, the oldest child is approaching college, retirement is looming on the horizon. All of these requirements can simultaneously compete for every dollar in our possession.

There are only three ways to deal with these competing priorities for your money. You can spend it, save it or give it away. Think of these three methods as being the three sides of a triangle. If one of the sides is too long or too short the triangle is out of balance or incomplete. Or think of these things as being three legs of a tripod. If one of the legs is too short, too long, or entirely missing, the tripod will be out of balance and unable to stand firmly.

The key to a godly attitude in how we handle money is to have the three sides of the triangle or the three legs of the tripod in balance. Spending, saving and giving must be balanced.

If we get too caught up in spending and saving, giving can be forgotten.

As Christians, we are called to be light and salt in the world. We are challenged to live in a way that is different from how the rest of society lives. That means holding on to our money and possessions with an open hand. Think of the difference between someone holding an item in their open palm versus holding it in a clenched fist. If, for some reason, money and possessions are to be removed from our care, and they are resting lightly on our open palm, it will be much less painful than if God has to pry open our tightly clenched fist to remove it.

Everything we consider so important in this world has no meaning in the light of eternity.

There is a story about a man who was about to die. He was very wealthy and hated to leave his riches behind, so he prayed that he could take his wealth with him.

An angel hears his prayer and tells him that is impossible to take it with him. The man asks the angel to speak to God and plead for an exception on his behalf. The angel speaks to God and returns to the man telling him he will be allowed to take one suitcase to heaven with him. The man gathers his largest suitcase, fills it with gold bars and places it next to his bed so he can quickly get it when his time on earth is finished.

Shortly thereafter, the man dies and approaches St. Peter at the pearly gates. St. Peter sees the suitcase and tells the man he is not allowed to being anything to heaven with him. The man explains that God has granted him an exception since he was so wealthy on earth.

St. Peter zips open the suitcase to inspect the worldly treasure that was too important to be left behind. He stares in astonishment at all the gold and in a bewildered tone says “You brought paving stones?”

We are so caught up in this world that like the man in the story we sometimes forget that what we have on this earth has no lasting value.

I encourage you to estimate the number of days you have left on earth. My mom is 96 and my dad died at 90. If I live an average of their two ages, I have about 10,000 days left. Sounds like a lot, but thinks of how fast the years pass by. Making this calculation has helped me become aware that I need to invest my life, my time, and my money in efforts that will count for eternity.

Imagine a rope running through the room where you are now. To your right, the rope runs billions of light years all the way to the end of the universe; to your left, it runs to the other end of the universe. Now imagine that the rope to your left represents eternity past, and the rope to your right, eternity future. Take a magic marker and place a small dot on the rope in front of you. That tiny dot represents your brief life on earth compared to eternity.

Because most people don’t have an eternal perspective, they live as if the dot is all there is. They make dot choices, live in dot houses, drive dot cars, wear dot clothes, have dot friends and raise dot children.

As Sirach18:7-8 advises, “The sum of a man’s days is great if it reaches a hundred years: Like a drop of sea water, like a grain of sand, so are these few years among the days of eternity.” This is the backdrop against which we can determine which is leading and which is following – our heart or our money?