What’s the One Thing in Your Box? 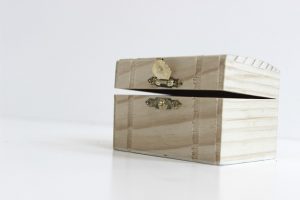 I am in the middle of an interesting books right now titled Half Time, authored by Bob Buford. It talks about that time in each of our lives when we step back and decide to keep going in the same direction we have been headed or we decide to make a change.

It’s that moment when we look into the mirror and stare into our own eyes and ask “Is this all there is?” It’s a conscious decision to move from seeking success to finding significance. It happens in different ways, and at different points in life for each of us, whether we are 35, 55 or 75; whether we are high powered executives, desk jockeys or mechanics.

One of the most interesting things I read in the book is a challenge Mr. Buford was presented with when he was making the decision to move from the business world into ministry. He was counseled to figure out what was in his box.

The premise is that you have an empty box in front of you. You need to fill the box with the ONE thing that is most important in your life. What motivates you more than anything else? What gives your life meaning? What is your driving force?

Putting ONE thing in the box means a lot of stuff gets left out of the box.

Our boxes are often filled with a lot of stuff we love, which is relatively unimportant in the larger scheme. Thinking about the box and the one thing is very counter-cultural. Our whole world surrounds us with the idea that the more we have, and the more we get, and the busier we are, the happier we’ll be. Our world would have us cram the box full of what the world considers important (money, possessions, power, significance).

For any Christian we would certainly hope that our motivating force is God and that is what we would put in our box.

But our box may be so full of everything else that God is squeezed in to a corner among all the minutia that fills our box, or he is left out of the box entirely.

But if you have God in you box as the only thing that really matters, do you really need anything else?

Material goods are only valuable if they help us serve the purpose God has for us. That doesn’t mean we have to drop out of the world, but rather that we must put worldly things in their proper perspective. We are able to separate the material goods we have from our sense of self worth.

We must never become too much at home in this world, or we will become ineffective in serving the God who made us. Peter wrote, “I urge you as strangers and sojourners to keep away from worldly desires that wage war against the soul.” (1 Peter 2:11)

We are part of the Pilgrim Church on earth. Pilgrims are unattached. They are aware that that excessive accumulation of things can be a distraction. Material things are valuable to pilgrims, but only as they facilitate their mission. Things can entrench us in the present world, acting as chains around our legs that keep us from moving in response to God. When our eyes are too focused on the visible, they will be drawn away from the invisible.

For Lent, I encourage you to figure out what’s in your box. Are there so many items in your box that you are distracted? Does the box contain the one thing that facilitates your journey to God? Is the item in your box helping or distracting you from the destination of your pilgrim journey?

Do that for one week. The following week, take one piece of paper out of the box each day and cross off those items which are not helping you on your pilgrimage. Do this for several weeks and you will slowly change your habits so that there is only one thing in your box. And that will be what is most important to you.