Your Own Personal Groundhog Day 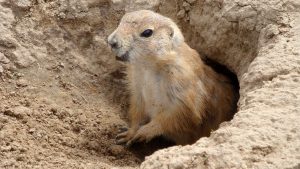 nxsutawney Phil is the name of a special groundhog who lives in Punxsutawney, Pennsylvania. On Groundhog Day (February 2) each year, Phil emerges from his little groundhog home on Gobbler’s Knob. According to the tradition, if Phil sees his shadow and returns to his hole, he has predicted six more weeks of winter-like weather. If Phil does not see his shadow, he has predicted an “early spring.”

Groundhog Day has always been a part of my life, as I grew up in Western Pennsylvania (about 80 miles south-east of Punxsutawney) and I was probably prompted to write about this pseudo-holiday as I am currently visiting Pennsylvania.

Punxsutawney Phil became a national celebrity in 1993 because of the movie Groundhog Day. The movie starred Bill Murray and Andie MacDowell.  Murray plays an arrogant Pittsburgh TV weatherman (Phil Connors) who is assigned to cover the annual Groundhog Day event in Punxsutawney. He considers the assignment a joke and does not hide his contempt for the small town and the “hicks” who live there.

Phil realizes there are no consequences for his actions, so he engages in some outrageous behavior such as binge drinking, one-night stands, and reckless driving. However, Phil soon becomes depressed being stuck in the same day over and over, leading to him to find ways to commit suicide to end the time loop, including electrocuting himself with a toaster in a bathtub, and stealing Punxsutawney Phil and driving off a cliff. Even with his apparent deaths, he still wakes up to “I Got You Babe” and every day is February 2nd— Groundhog Day.

After repeating the same day over and over again, he decides to use his knowledge of the day’s events to try to better himself and the lives of the people who live in Punxsutawney. Over many repeated days, he learns how to play the piano, sculpt ice, and speak French. After witnessing the death of a homeless man which could have been prevented, he plans out his actions during the days to avert this and other accidents and disastrous situations that otherwise would have occurred. Phil turns out to be an upright guy, concerned about the welfare of others and searching for good.

Ultimately, in one-time loop, Phil eagerly attends the Groundhog Day festivities and gives a very eloquent report about the small town he previously disdained. His report causes all of the other news stations to turn their cameras to him, ending the time loop.

As February approaches, many television networks are gearing up to air day-long marathons of the movie Groundhog Day.  It is a fun and funny movie that subtly challenges us to look at our lives and discover those ways we are making the same mistakes over and over again. Unfortunately, in the real world, we are not quite as lucky as Bill Murray’s character and we don’t get a chance to live our days over and over till we get it right.

And too often, we put ourselves in our own personal Groundhog Day by making the same financial mistakes over and over again. Spending more than you make; not saving any money; running up debt; keeping up with the neighbors and not tracking where your money is going are all harmful to your financial health and can put you in a Groundhog Day type of time loop.

These things drown you in financial stress during every month when you repeat that feeling of being overwhelmed each time there is not quite enough money to get you through to the next paycheck. You get that sinking feeling when the bills arrive in the mail knowing you’ll have to juggle things around and figure out which bill doesn’t get paid this month. There is no money in the saving account when extra funds are needed. You can’t figure where the money is going and how to escape from this cycle of financial turmoil.

Unfortunately, these mistakes can impact you for years to come.

Sometimes, if you aren’t sure what to do, the easiest thing is to do nothing.  But if you continue to do what you have been doing, you’ll keep getting the same results.  If you aren’t sure where to start, read Your Money Counts, which can be accessed for free from the Compass Catholic website. Click HERE. It’s a simple read which will give you an overview of how to change course.

When you have the foresight to look past the harmful things you are doing and understand God’s call for you to be a financial steward, you can escape from the time loop of making the same mistakes over and over again.  We all make mistakes.  They can provide the stepping stones to a better life or they can keep us embroiled in a constant endless loop of living every day as if it were Groundhog Day.