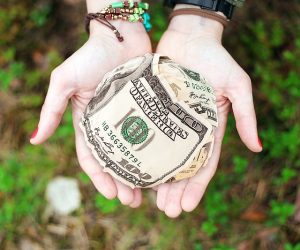 Anyone who is involved with soup kitchens, homeless shelters, food pantries or mission trips to third world countries is constantly faced with the dilemma of how to really help the people they are serving.

Is it enough for us to give them groceries or a meal? By giving handouts aren’t we like the family members of an alcoholic who make excuses, turn a blind eye, bail him out and prop him up? Are we encouraging dependency and enabling them? Do the people we help really need what we are giving them or do they need much more, or much less?

We have been exposed to several thought provoking ideas about charity over the last few weeks.

Toxic Charity a book by Atlanta author Robert D. Lupton provided the first challenge. He has 40-years experience in charitable work and in this book he asks the tough questions, and he challenges American Christian assumptions about charitable work.

He contends that handouts encourage poverty. Africa is one of his prime examples. Since 1964 the African continent has received over $1 trillion in aid, yet country by country, Africans are worse off than ever. The overall per-capita income is less than it was in the 1970s, with over half of Africans living on less than $1 a day.

Quoting African economist and author of Dead Aid, Dambisa Moyo, Lupton says toxic charity is the “disease of which it pretends to be the cure.” Through charity we are claiming to help the poor, only to hurt them. He tells stories about church communities in the developed world who go to a third world area for a week or two, and do some nonessential work. Then these missionaries go home, feeling good and patting themselves on the back, but their efforts did not result in significant changes in the quality of life for the people they served.

Coincidentally, just two weeks ago, we were invited to a screening of a movie titled Poverty, Inc. from the Acton Institute, which has the same premise. The tagline for the movie is: “Fighting poverty is big business but who profits the most?” Their premise is that charitable work has turned into big business and is not providing any significant change in quality of life for the people being served.

One story was about a community which received free clothing. Due to the abundance of free clothes, the local clothing stores were shut down and clothing makers were put out of business which in turn ruined the business of the local cotton growers.  A well intentioned effort, which hurt not helped the local people.

Another story was about a church which partnered with a large shoe company to provide free shoes for a local village in Africa. Since everyone in the village got a free pair of shoes that year, the local cobbler had no customers and closed his business. The few people who worked for him also lost their jobs.

The following year, the church decided on a different charity project. That year the small village had no new shoes—and no cobbler to repair their worn shoes.  This was a well-intentioned effort that ended up hurting not helping the villagers.

Poverty, Inc. had another example related to a manufacturer of solar lights in Haiti. Local people started a solar lighting business and they were very successful, eventually hiring over 60 employees. When the earthquake hit Haiti in 2010, relief efforts poured in from all around the world. A generous company donated solar lights—another well intentioned effort that got off track. The donated solar lights almost put the small locally owner solar manufacturing operation out of business and it took many years for them to partially recover.

These are not easy issues to solve and when people donate to help those in need, they have the best of intentions, but simply pouring money into a cause is not the right solution.

Using the above principles, what would have happened in Haiti with the solar business if the company would have helped build up the local business instead of donating lights? That would have meant growth in the local economy, work for more people and a sense of hope in what must have been a hopeless time for many of those employees.

The key is to help people UP rather than to help them OUT. When we are serving third world countries the goal is to help people become more and more self-sustaining each time they are given something. Instead of handing out food, supply them with goats or chickens which can become a micro business by selling the milk, eggs or young goats and chickens.

This is a much more difficult than making a “mission trip” once a year to have a feel good experience. We have to roll up our sleeves, get our hands dirty and make many greater sacrifices than just writing a check.

The antidote to toxic charity is to remember that “charity” is the old fashioned word for “love.”  In 1 Corinthians 4:7, we read St. Paul’s description of love “It always protects, always trusts, always hopes, always perseveres.”

If we really want to love our neighbors we need to protect those we are serving, trust that they know exactly what they need, hope they will rise to the challenge and persevere to help them make lasting changes for the better.