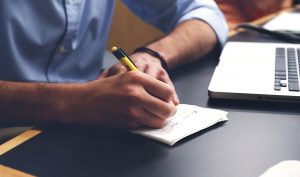 In one section of our Navigating Your Finances God’s Way Bible Study, we address “crisis.”  A crisis can be different in every family, and be caused by different problems such as losing a job, a major illness or the birth of a special needs child, but the backbone of this section is to take a deeper look at what we would do in a situation where our finances are challenged, diminished or possibly even eliminated.

Because everyone’s situation is different, it is important for a family to determine what a potential crisis would look like for them and how they would be prepared to handle it. Of course, like anything else, it doesn’t help to have a plan if it isn’t going to be implemented.  I have a dear friend who often speaks of a time in his life when he lost his job.  However, he didn’t treat it as a crisis because he had six month’s worth of income set aside to cover his expenses while he looked for other work. Having every reason to believe that he would find another job within the six month time-frame led to a lack of concern about his financial picture…until the money ran out!

In the eleventh hour, with about $500 left in the bank, my friend was blessed with another job. This would wrap our story up quite nicely and one would think that the new job would have solved the crisis he didn’t know he was in, but this was not the case. The new job did not offer the same salary as his previous job and therefore did not match the standard of living to which he had become accustomed (and had continued to enjoy, even while unemployed).  Enter a new crisis:  being able to afford all his financial obligations on 40% less money after depleting his savings.

My own family was not immune to crisis either and I would argue we were equally naive about our circumstances.  We had a decent amount of money set aside in the event of a crisis and had also tried to live below our means (which only consists of one income).  Our plan was to live on just enough money that would allow me to provide for our family in the event that my husband lost his job.  Since the salary offered by my line of work was about 25% less than what my husband earned, we needed to keep within a certain baseline amount.  Again, as our friend experienced, we had also hoped that it wouldn’t take a long time for my husband to find a different job and we could use our six-month reserve to pad anything my salary did not cover.

Fast-forward ten years when we were faced with having to implement this plan and discovered it was sadly outdated. After creating it, we hadn’t thought much about our crisis plan because things had been chugging along pretty smoothly.  So smoothly that we had become complacent about our circumstances and didn’t make necessary adjustments to our crisis plan as our lives changed.

The home that we lived in when we were first married was easily affordable on my salary, but we don’t live there anymore.  This plan worked quite well when we had one child, but when the crisis hit we had three children. We also did not factor in the demand for my position ten years down the road and what kind of salary I might be able to command after being out of the work force for so many years.  While I had stayed in touch with my colleagues over the years, my skill set was pretty rusty and I would consider myself very lucky if they were to give me a second look.  Quite frankly, with all the promotions and raises my husband had enjoyed over the years, even if I could get a job, I don’t think there was any way my salary would still be within 25% of my husband’s income.

I am being candid about our circumstances to make a point.  No one is immune to crisis. Everyone should have a plan. Not only should everyone have a plan, but the plan needs to be reviewed often and then immediately implemented when it comes time to pull back the spending reigns. In both of the scenarios I’ve written about, even though there was a plan, there were things that could have been done differently.

When developing a crisis budget, be sure to make it manageable and realistic.  In our family, I created a crisis budget that conveniently eliminated the “superfluous” expenditures of a gym membership and cable TV.  However, when it came time to cut the cable and ditch the gym membership, my husband said, “Um, I don’t think so.”  He was already being hit with a pay cut which was hard enough to stomach.  Then, I swoop down with our “crisis budget” which cut two things that he enjoys the most and would really help get him through this difficult time.

Which brings me to my second point:  don’t wait until you’re in a crisis to make a crisis budget.  Anytime a life event leads you to evaluate your spending, you have already waited too long to develop your plan. It is like waiting until you feel thirsty to grab a drink of water.  The sensation of thirst is your body’s way of telling you that you are dehydrated. Similarly, loss of income shouldn’t be the impetus for constructing a new budget because your emotions will get in the way of making the hard decisions.

If you are married, sit down with your spouse and examine various scenarios that would potentially reduce your spending power or income. If you are not married, but could use some moral support, find a good friend (potentially one who follows God’s way of managing money) to support you in making a crisis budget.  Start with a 25% reduction such as a pay cut or loss of a part time job.  Go a little further and calculate a 33% reduction, which might be implemented as a result of a disability.  In the event that you become disabled, long-term disability reimburses 66% of your pay.  Finally, look at the worst-case scenario, job loss. Where will the cuts be made in the budget and how will the emergency reserves be used in the interim until a new job is found?

It might be difficult, but make the crisis budgets as realistic as possible and be as conservative as you can.  Openly discuss these different scenarios and how you would handle them. If you already have a crisis budget in place, maybe it’s time to dust it off and take another look at it to make sure it is still relevant to your current circumstances.

You can’t prepare for every difficulty, but you can survive all of them by having a solid foundation in the Lord and preparing for the financial impacts of a crisis.

“Sensible people will see trouble coming and avoid it, but an unthinking person will walk right into it and regret it later.” ~Proverbs 27: 12