How Advertisers Manipulate Us 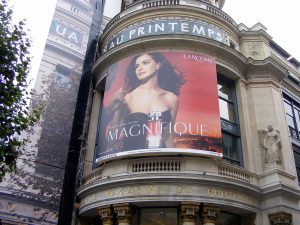 Advertising professionals are paid mind-boggling salaries to separate you from your money and there is only one reason—because when we spend, they profit!  Everywhere you turn, someone is pitching something. Television, radio, the Internet, billboards, newspapers, magazines, shopping malls—the list goes on and on. We even wear advertising on our clothes! You’re exposed to thousands of messages each day in an effort to influence you to spend more and more.

Proverbs 24:3-4 says, “Any enterprise is built by wise planning, becomes strong through common sense, and profits wonderfully by keeping abreast of the facts.” Today’s blog is the facts about how advertisers are able to manipulate us into thinking we just HAVE to buy their products.

The first manipulation tactic is the images and visual effects of the advertising. Seeing pictures of attractive men (and women) makes our body naturally release hormones so those types of pictures influence us, whether or not the sexy pictures have anything to do with the actual product. After all, what does an attractive couple kissing in the rain have to do with the price, reliability and safety of a car?

Visual manipulation also includes heavy photo shopping to make us feel insecure about our own bodies (think skin creams, make-up, soap or hair products). It’s a ploy to make us think that the difference between the real photograph and one that has been heavily photo-shopped is the use of their product. In reality most of the models would look just like us normal people without the airbrushing and photo touchups.

What about those food items that look absolutely incredible. Consider the last time you ordered fast food.  Did your order remotely resemble that same food item in the ad? Actual fast food is vastly different from the food art featured on television. Countless hours are spent constructing advertisement food, which includes things like gluing sesame seeds to a bun or using dry ice to simulate steam.  But when you see it on TV or in a printed ad, it sure looks appetizing and not at all like what you get in the cardboard box at the fast food drive-in window.

Advertisers invent feelings you never had before. Once upon a time, nobody cared about many of the products that are advertised today, yet the advertising industry told us they were irreplaceable to everyday life and we believed them. Smart phones, hand sanitizing gel, eReaders and the ubiquitous water bottle are great example of things that were rarely seen 20 years ago, let alone considered necessities.

And then there are all the invented holidays. The person who originated Mother’s Day actually tried to get the holiday rescinded because it became so commercialized. And that was in the 1920’s when advertising was in its infancy.  So if Mother’s Day was a commercial success, what about Father’s Day, and Grandparent’s Day? It’s even devolved into a day to celebrate nothing (Annual Nothing Day is January 16th.)

Advertisers attach themselves to causes we care about. Brands use “cause marketing” to seem human and caring, when in reality, they are often less generous than they appear. Think of all the merchandising done for breast cancer research in the month of October.  Even big macho football players are decked out in pink.  And how much of the pink money goes to the manufacturer and retailer and how much actually goes to breast cancer research?

Then there is all the cute advertisers use.  There are cute animals, cute mascots and endlessly cute kids.  They sing and dance and cuddle and are just SO CUTE how could we possibly not link those happy cute feelings to whatever brand is being advertised.

Advertisers intentionally make commercials look unscripted as if real people were giving their testimony about the product. This creates a more personal sales pitch as we feel like the people in the ad could be us. And leveraging the personal aspect, they win us over with music that appeals to our emotions. How many ads targeted to Baby Boomers use the songs from the 60’s and 70’s to trigger the emotions of the people who were young and carefree during those years?

There is a sense of urgency created with limited time offers. A phenomenon called “prospect theory” explains that people are more emotionally attached to losing out on something than gaining it. Limited time offers exploit that, because nobody wants to lose out on an amazing deal that won’t be around by this time next week. And going a step further with that theory, they offer rebates most people will never claim. They know full well many people won’t remember to fill in the paperwork to complete the rebate; only about 50% of rebates over $50 ever get redeemed, while rebates under $10 get redeemed maybe 10% of the time. In short, companies that offer rebates get all the money and lose very little.

Merchants also know your shopping habits and take advantage of them. Ever notice how milk is always at the back of the store? That’s because dairy products have some of the highest turnover in grocery and convenience stores. By putting them far away, vendors force you to walk through more of the store, increasing your chances of making an impulse purchase.

We’ve all gone shopping to buy one item and then left the store or the web site with an armload of stuff we didn’t know we needed until we saw it. I mean we may not have even known it existed before we saw it and just had to have it. Here are three truisms:

You and I can’t beat them at their own game. The only way you can win is to ask the Lord to give you the discipline to limit your exposure to the ads and to manage your spending.

One way to remove temptation is to pray and wait for the Lord to provide. Once you do this it becomes an adventure to see how the Lord provides. Another part of the strategy is to be thankful for what you do have. What if everyday we only had the things we thanked God for the day before?